the ocean and the universe and the grifting lizards from mars – anniversary 1.5

Posted on November 9, 2009 by stephen trimboli

in the conversation i had with the grifting lizards from mars this day, i would be told that the planet earth is nothing more than a random-process computing toy that makes maps of the universe.
that images are captured from ships in the sky and charted.
the eduardo cianelli-sounding lizard guy who sounds like omar sharif told me the picture above is a small piece of such a map.
i replied, “you are so full of shit.”
“yes. i am,” he answered.

but i’m getting ahead of myself.

“this is the first real trip to gateway national park for the season,” i said to myself when me and maxx climbed into the car for the three-hour vacation.
there was this sense of urgency that came over me all of a sudden. i could taste it in the air. i’ve been here a number of times since september 15th – when it once again became “maxx-friendly,” in a legal sense – but the hardness of the season hadn’t begun to show itself till today. that’s what i was looking for.
with warm days, it still contained too much human rodentry (if i could be so crass, not that anyone can stop me).
don’t get me wrong, i love people. ok, maybe not “love,” but you know what i mean.
this is quality time for me; when my winter-with-maxx-history has clandestine meetings with that eduardo cianelli-sounding guy who looks like omar sharif or his underlings.
the grifting lizards from mars are a shy lot and i’ve grown to enjoy them.
i’m grateful to be in their “confidence” and hope one day to find out why they tolerate me.
confidence.
oy, talk about double-edged swords.
add in “self-confidence” and you’ve got a star wars light sabre.
but i digress.
i was speaking out loud, theorizing my alleged “relationship” with galactically professional remote life-sources that i know absolutely nothing about who, for some reason, make me feel better about humanity’s chances just because people i don’t know and probably wouldn’t like very much are nothing more than a grift, meal and suit to them.
that and they have those great binoculars.
i think a relationship is supposed to have a common thread, whether it be love, hate, business or anything in between.
maybe i have less of a relationship with them than the lizards who dined on ayn rand, madoff’s son and the lizard who spoke to me from the truck, dressed in the greens of the US Park service last august. their link to humanity was beyond upclose and personal.
it became gastronomic.
oh, and that stuff they said they told me about “the eighth-electro-plasma-ocean of the ninth dimension”, which by the way now has sixteen pages on nothing but this on google.
imagine that.
they told me that they told me about that, but i have to take everything they say with a grain of salt, what with them being such masters of the fine lie, the hustle, the scam; the lesson being that life sure is complicated whether dealing with humanity or martians-on-the-play.
i assume it’s because they like to fuck with me – an amusing, unpalatable humanoid hors d’oeuvres, one who feeds on cheap, lower-forms of planetary sustenance.
being a smart-ass rube means more than winning the lottery or being relatively successful in business. it means getting on the “fast track”, the “acela-express to financial bad-assness,” where the buzzwords, “relentless, brutal, and carnivorous” are melded into civilized acts of behavior.
most of humanity has had its moments in this stretch of sun over the history of speech and word.
such is the price of progress.
it’ll go on and on like this for however so long as we’re lucky.
and lucky is all there is.

coming out this day…was it wednesday? thursday?
i can no longer remember – i was all full of “i”
i was all full of the weight of impending loss. there were too many reasons to be sad.
i needed…i needed.
i had no idea what i needed, i just needed and it was somewhere out there.
i needed to get in touch with any serenity i could get my mind on.

there were but three cars in the parking lot and the cherry-apple-red Toyota SUV parked in the near-left corner was him.
i could just feel it.
but that could wait.
getting to the beach, i noticed how far the tide was out. the waves were small, lazy and lake-like. there was no roar at the oceanline, more just a series of hushes, like a crowded movie theater audience endlessly trying to quiet itself down.
shhhhhhhhhhh, shhhhhhhh, shhhhhhhhhhhhhhhhh, shhhhhh and so on.

my friend is as ill as ill can be.
as i walk up to the sea’s edge, i want to holler something but not…a…peep.
not a word.
not the slightest utterance comes from me. maxx is beside me waiting for something to happen. he’s waiting for a howling wail “MOTHERFUCKERRRRRRRRRRRRR” to come from me and so am i, but there’s nothing.
the ocean suggests that i try to quiet the theater in my head. shhhhhh…..
i want to collapse to my knees but i’m aware that the sand is plenty wet where i’m standing.
my grief is not such that i would risk mild discomfort.
“what a douchebag,” i mutter to myself as i head away from the shore.
that’s doooshhbagg, phonetically-speaking, just in case you’re new here.
i wonder about “the moment” and what’s it take to stay in it.
it’s something that actors refer to more than everyone else.
i think i know what it means but i’m not very good at being in it.
it has more to do with the “huh?” and “where was i” than i am willing to admit.
maxx and me walk east on the shore, secure in the notion that the people at the two bays we’ve passed are the owners of the two other cars in the parking lot.
i let maxx from his leash and he tears off to chase the gulls and skimmers at the shore.
he doesn’t have a chance, but he’s a dog in his moment. 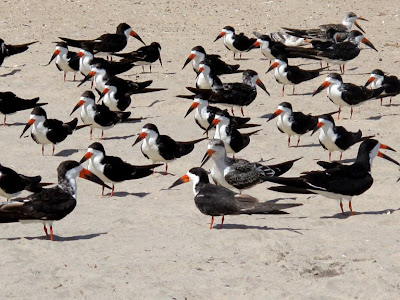 i decide his moment is better than mine, so i go to his moment and as i follow him, i’m finding that the cool air is making my eyes tear.
or am i crying? i can’t tell which.
i call maxx, who turns back and stops momentarily before he begins to run toward me.
at this, i generally prepare to dodge him at the last moment, but today i dig in, knees on the (dry) sand and said, “let’s go maxx,” and he steams straight at me, throwing all of his weight at my chest, leveling me flat on my back and circling tightly around and jumping on my chest, licking my face as i try to lift him from me.
i needed that.

after getting up we continued our stroll.
the next bay offered the return of an old friend;

ain’t that something?
it disappeared into the sandy depths about a year ago. by my estimation, it was buried in no less than three to and as much as six feet of wind or ocean-deposited sand judging from landmarks around it. i was so surprised by its appearance in front of me i was physically shaken.
whenever i’m desperate and sad, i look at anything like this as a sign. i manufacture hope based on anything, in this case tides, erosion, wind, time and big tires.
i was here barely a week ago.
maxx was even excited about its reappearance.

i grasped for meaning about this. i took it into universal and perhaps spiritual realms. i hastily reasoned that, what with everything being connected, the re-emergence of this spiritual bridgestone circle, this half-ton symbol of oneness, of the never-ending circle resurrected from the sand’s depth, the altar where i do what might be construed as praying, i might get respite from this sadness, this darkness.
there are at least eight commercial products on the market, prescription and non-prescription, that are aimed at people who are feeling just like i am at these moments. then there’s prayer.
i pray all the time. i pray to the living and the dead. i pray to those who love me and hate me. i pray to nature and tires. i pray to atoms and molecules. i pray to the innocent. i pray to the guilty.
i pray to the better part of my nature to keep me clear of the douche-ier part of my nature.
i pray to the grifting lizards from mars. i pray to the ghosts of the nike missile site and childhoods past and gone from the planet.
i pray to that big tire’s message of circular history;
same shit, different day.
same shit, different millennium.
and the humbling notion that for all of humanity’s great strides, we’re pretty creepy individuals as a whole and like every season of “survivor” (a show i’ve never seen), guaranteed there’s at least one or two “douchebags” among the contestants just like there was in every adventure, sci-fi and noir’ movie, ever.
i’m not saying anything new. maybe i’m stuck in reaffirming why i need to live from moment to moment when i’m not commuting back and forth from “the eighth-electro-plasma-ocean of the ninth dimension”, that place of wonder where garrison keillor’s voice mingles with ann magnuson’s. 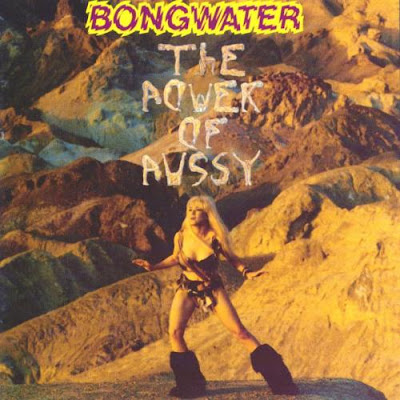 i would wander on till reaching jacob riis park and then head into fort tilden. it would be my hour of hiking, of climbing old hurricane fences, wondering why all the second-guessing as i do it.

and be a photographer in a place where structures were just getting used to their new jobs as future ecosystems for the humbler and wiser until something else comes along….

i would return to the parking lot after touring the missile site and other paths just discovered. i would have a momentary dream after photographing this place –

– i took all different angles of this place and went on till i found a clearing where i could sit and relax and pour out a bowl of water for my dog.
i would close my eyes and get that feeling of an almost air-sickness-sense of physical displacement. rather than open my eyes i chose to wait out the feelings of vertigo until i was floating, as if in a dream.
in this dream, all of the anxiety i had been feeling was drifting away, like the wind does with the sand on the beach. the beach had a metallic, electronicness to it.
the place became flat and two-dimensional with things appearing like cartoons from the silent era…

and as i dozed, the black and whiteness mingled with the shortness of breath that occupies the death-rattle…..

2 Responses to the ocean and the universe and the grifting lizards from mars – anniversary 1.5