the reason i took this first photo was because these seed pods contain “money stealers.”
this is what i was raised to believe a “money stealer” is;
when one of these drifted by, i would catch it. i would hold it in my hand and wish for a certain amount of money. i would open my hand and blow the seed into the wind and hope it would go to mars and get the money and somehow travel back these millions of miles and bring the money to me. it was a loosely-defined plan. i was seven.
it was vague and wonderful. i don’t know where the idea came from. i googled “money stealers” and all i got was tech-shit and a paypal program of some kind.
then i moved the cursor and hit “images” and this is the first image that appeared (really!); “wow,” i thought, “other people must’ve know about them too, like a half-century ago.”
this was when there were civil defense sirens, a cold war and “duck and cover.” 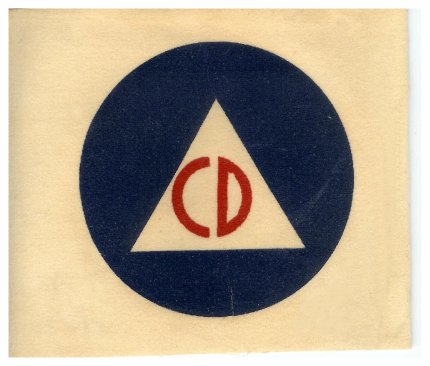 i came to the beach to chat with a lizard and see the monarchs.

pulling into the parking lot, i couldn’t believe he was sitting in an old ford taurus stationwagon. as i walked up to the car, the passenger-side window opened and his first words were these, “you’re welcome.”
“ok, then i don’t have to repeat the words thank you.”
“it would be nice…”
“well, make believe i thought it,” i said. he was getting me in a mood already.
“i know you didn’t”
“what the fuck is this?” i asked. i’m blindside-defensive and bordering on raging.
“is it..that you’ve known us as long as you’re thinking right now? just take a minute and breathe. look out to sea, out where you remember seeing ken lay,” he said calmly.
“here,” he said and his hand came out of the car window holding those brilliant binoculars i haven’t seen since we first met. his wrist nudged them in the air toward me. i reached out with my right hand, took them and brought them to my eyes.
i looked out and saw nothing, but there was a serenity that bordered on narcolepsy that was enveloping me as i stood there. i remembered feeling that before, almost a year ago, when i thought i was going to become a blue-plate-special for one of the lizard underlings, the one and only time that i thought that i was going to become a meal and suit myself. it was like dying and drowning and OD’ing and having a heart attack and a brain aneurysm all at the same time….it was meeting the magic bullet from a mannlicher-carcanno or aCharter Arms .38 Special revolver.
standing there with the little binoculars to my eyes, i was in the atlantic ocean seeking the container ship i remember the lizard who was “wearing” ken lay stood, on that deck in that suit, the first time i put my eyes to those incredibly powerful opera glasses.
did i tell you that they were compact and unbelievably powerful and were nothing that you’d consider “binoculars”? does this matter? does anything matter?
i heard the whispering rasp of the eduardo cianelli-sounding guy who looked like omar sharif,
“are you looking to see where you first remember the moneystealers?” he asked, my eyes fixed to nowhere. i died right there.
i die all the time.
i slid into those binoculars and the next thing i knew, i was on the corner of coney island avenue and avenue “S”. the civil defense sirens wailed and wailed. my friends from the block, louie and mikey, were heading back toward our homes on 9th street, urging me to follow. they began to run. i continued to look up.

i saw a moneystealer drift by. i reached for it with my little fist. i squeezed my eyes shut and asked for fifty cents so i could get a turtle at the pet shop next to the hobby shop that stood on the corner, right in front of me.
the sirens howled.
i opened my little fist and blew the fluffy, white seed into the air and watched the wind take it away. i followed the seed into the air and off i went, and as i traveled in the wind i rose higher and further away, my streetcorner receding as the seed i was following became a point of light. it was like the power switch going off on an old black and white TV, becoming the final light as it fades in the exact center of an old analogue screen.
it was the abyss and the universal at once…. …and that point shot off into that all-at-once, skimming past the newly-rehabbed hubble telescope, headed to where that camera takes its beautiful pictures, otherwise known as “the eighth-electro-plasma-ocean of the ninth dimension” or in said vicinity, the same vicinity so many of my friends, fabulous celebrities, war victims, plague victims, accident victims, murder victims, ethnic-cleansing victims and other people who died skitch to and fro, here and there and have waved hello from while filling the TV night with snow, where i would glimpse the grifting lizards peeling stacks of american greenbacks while grinning and laughing, a member of the party reading aloud tracts from “atlas shrugged,” while others in the party hold their stomachs and wipe tears of laughter from their eyes.

i don’t know how long i was there, minutes or hours, but i heard the unearthly sound of his voice – the eduardo cianelli-sounding guy (who looks like omar sharif) – returning to my ear as if the volume of my life was being turned up again from the celestial soundboard.
i took the extraordinary binoculars from my eyes. i couldn’t remember what i was looking at but i understood now that those con-artist martian lizards have been in the human-catering business since i was a little kid and it’s always been the same angle.
money stealers for the children.
swift, brilliant grifts to fatten the greedily arrogant and lure them onto the galactic menu.
delicious.