delayed reaction, requesting help from the monarchs, not necessarily in that order…

for weeks, i’ve been sitting before the computer screen unable to speak.
i wander over to facebook where i rail against the convenient stupidity christian conservative republicans and their racist hatespeak spew, making my reactionary replies make me feel like i’m doing something with my graymatter, giving me a sense of purpose.
“look at me! i’m writing; i’m putting pen to paper. i’m saying something meaningful.
it’s too easy.
i come here, a thousand things to speak about, fingers prepared to dance on the keys, thoughts racing with so much to write about – “there’s always something to say, isn’t there?” – but what happens is brainfreeze; large patches of deleted information happening when i scan my thoughts, long moments of staring at fingers, poised motionless, where i can’t even vocalize the long, “….uhhhh…..,” till now, three weeks after starting it.
it’s been happening for almost a year.
the few posts i’ve written were patchworks, things forced to the desktop by frustration, desperation or an “-ation,” i have yet to discover.
i don’t know.
me and motive are not on the best of terms.
…and of course, when faced with the opportunity to stop writing, i do.
gimmee distraction.
anything bright and shiny. anything dark and tragic.
anything….at all.
i retreat to history in order to gather info to support this statement and find that i’ve written seven posts this entire year.
here’s the math;
400 posts in almost five years.
7 posts this year.
that says it all.
and as i type this, my own in-house “douchebag excuse-program,” located in my decaying hard-drive, is attempting to justify this severe lack of output by tying it to my mental state, financial stress, writer’s block, personal assaults, any and all crises – (real or imagined) – and whatever else i can gather to make me not responsible for anything and when this happens, words float up from the depths i attempt to submerge myself under, from my dearest friend who told me this; “a writer writes,” and it’s here that i have to own-up and shut up, causing me to gaze blankly ahead, hoping to quell the voices within, “there, happy now?” –
then, i go….”i’ll chain myself to this desk for three hours a day till i start writing again.”….and other campaign promises, because that’s what i have become, a “rhetoricist,” a word i just made up and googled, only to find out that it has no meaning – not that this ever stopped me – but a blogsite does (linked here) whose current tome has to do with the papacy, an entertaining “something” sure to please anyone who wants to know – in the author’s opinion – who the worst popes of all-time are…
i salute his blog’s name and enjoyed his post.

“but i digress…,” a phrase i may have grown tired of, though i still find comfort in its use.
but yes, the way i manipulate the truth about motive and me, might lie(trans.verb) in the lie(noun).

now’s as good a time as any to consult the glossary of mind and memory.

39. – Visual imagery – The process of forming mental pictures of objects or ideas.

I’ve been relying on visual imagery of one kind or other to excuse me from sitting here, writing this, or anything.
there, i used it in a sentence.
here’s a pic of neural pathways; 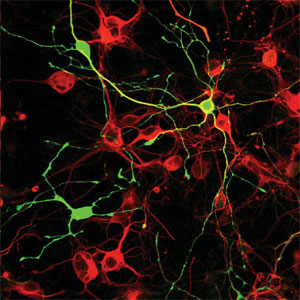 here’s a picture of MY (imagined) neural pathways;

this photo, like the others used above, were taken yesterday.
instead of going to my regular gateway national park haunts, something made me go to the very end of the rockaway peninsula, breezy point. i haven’t visited here in over a year, but photographed and wrote here in previous postings.
once, i met a greedhound bond trader who became a meal and a suit and consequently, a grifting-lizard park ranger who, four years ago warned me about letting my dog, maxx, run on the beach during the summer season.
i would learn of this some days later when i returned to fort tilden and chatted with the lizard guy who sounded like eduardo ciannelli and looked like omar sharif.
that was when i found out about their penchant for 1930’s jazz, cab calloway, the unlikely end for ayn rand in 1955 and who the real author of “atlas shrugged” really was.
i miss the lizard guy. he stopped appearing when my dearest friend’s illness became overwhelming for one or both of us.
he told me that there was nothing to read in my head because of all the sadness, or something. i think he was “psychological squeamish,” a condition i made up regarding this particular grifting lizard, due to his inability to get past my love and concern for another human being. they can tear into and burrow through the entire contents of the human skinsack but are stymied by heartache. imagine that.
maybe one day, when i see him parked in the fisherman’s parking lot, he’ll roll down his window and counter this statement because that’s what he does so well.
if you’re new around here, you should know that the grifting lizards from mars can read humanity like a dime-store novel. i love to say “dime-store novel,” so much, i will title my first published novel, poem, song, short-story, essay or op-ed entry, exactly that.

this post ends with me and a 95 year old italian woman weeping in the back room of a brooklyn pork store.
her 58-year-old son was diagnosed with cancer and was dead in less than ninety days. i try to comfort her, but as i understood with my own mother’s crushing loss of her son and my brother, this is not going to happen.
i’m her “young man,” a steady customer and friend of the family for six or seven years now. i call her my girlfriend and we always hug and kiss hello, but when i dropped by for a spicy, greasy hero a while ago to see the store’s metal shutters drawn down and the small handwritten sign taped to it that always portends bad news whenever a small business does it, i thought it was she was who had gone and passed. imagine my surprise….
i wouldn’t know for another week or two that i was wrong and it was her son who died.
it was so sad on so many levels, i couldn’t believe how many.