the money-stealer who came to visit and the boson connection

three years ago was the last time i caught one. it’s not that they haven’t been here, but i hadn’t reached out for this manner of celestial assistance, sub-atomic aid, bosonoid beatification….

funny how similar things can be, earth and sky…from small and delicate to galactic and beyond measurement.
(not to mention, what a treat to use the word “boson” with “authority” for the first time in a sentence…)
i also noticed that, since i last googled the word “moneystealer,” the republicans have glommed onto the word, using it to define the democratic agenda.

the above photo is the last gasp of a dying star.
now, it’s seeding the universe.
where was i when this started? probably right there!

i was sitting in front of where i live when it – the money stealer – drifted toward me, making me stand to capture it.
it settled in my palm, my fingers, slowly and clumsily, forming a cup over it.
i closed my eyes and wished, but it was for something other than money, making me wonder if i was breaking the rules i remember following half a century ago.
this was because all i could do was think of my special friend who, to the best of my knowledge, still breathes and thinks and feels and loves.
i whispered to the money stealer nestled in my hand, “screw the cash. see if you could cut a deal with the martians,” (who might or might not be the same creatures who dispense the money they take from planet earth when making a feast from their farming exploits).
i wondered, like any articulate fifty-seven year-old, seven-year-old, if they were one and the same people (the money-stealer connection and the grifting lizards from mars) and if they might be able to trim the odds, talk to the galactic pit-boss or maybe run enough plays out there on the green felt that lies beneath the fabric of all universes, along with each and every dimension of every other dimension, that might tip the odds so i can make it to my most important luncheon date, ever. children, even old geezer-children like me who latch onto a glimmer of hope, even if only for a fleeting milli-of-a-millisecond, understands “the moment” even if it comes and goes before it’s recognized. this is because it happens on a nuclear level. i know this like i know my own name, whatever that is at this moment, in this place at this time.

it’s “the little engine that could” that changes the game on a bosonic-level.
(yes, i’ve grabbed the boson by the horns and i’m gonna ride it as much as i can this first time out) 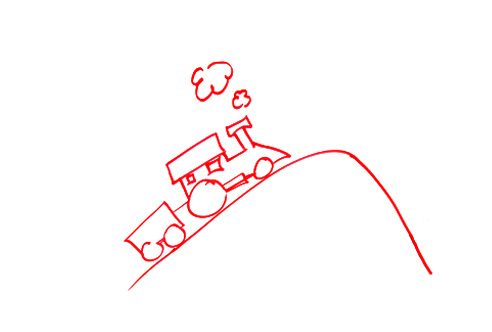 it’s a good time to go to, “the glossary of mind and memory.”

38 – Verbal mediator – a word or phrase that forms a logical connection or “bridge” between two pieces of information; used as a mnemonic.

when i so-gently cradled that floating seed in my hand, the verbal mediator buzzing and whirring inside my head, connected me not only to a childhood moment on the corner of coney island avenue and avenue S, but to “the eighth-electro-plasma-ocean of the ninth dimension,” where varied protons and neutrons mingled with millions of presents and pasts, nows and thens, heres and theres.
as always, i used it in a sentence.

everything you need to learn is in the previous posts which are right here.
there’s even more stuff in future posts, but you’ll need to learn how to really search if you’re gonna find them.
good luck.
that’s all you’ll need.