nuts, books, time, grifting lizards, facebook and so on 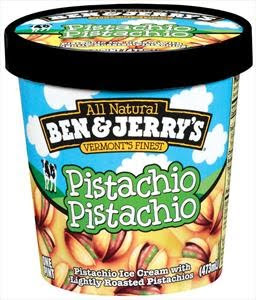 from the end of a ben and gerry’s “pistachio, pistachio” ice cream run (not one of my better ideas since diabetes2 kicked in), but would have kept it going if i could find more product.
friends who live in other parts of the borough brought any they could find.
oy.
a supermarket in greenpoint had a container covered in ice.
i knew nothing good would come of this ice cream, but bought it anyway.
i told myself that it would be fine.
in my heart i knew it was freezer-burnt, but you know how we humans are…
we lie to ourselves for the silliest things, cloaking us in comfort and hope like the promise of safety as we walk off a cliff…, at least i do.
“the fall doesn’t look too bad…it’ll be fine…i’ll just tuck and roll….yeah…,” certain such words will buffer and bandage this body and spirit.
or not.

this is utter nonsense, but it’s mine.

these thoughts remind me of a scene from “butch cassidy and the sundance kid,” that speaks to moving forward, regardless of consequence, whether things make a lick of sense or not.
they lead, historically, to decisions made regarding situations and people who entered my life and how this process allows me to make the same mindless miscalculations…”one more time”…but more about that later.

this plays to paths inside my hard drive all the time.

last week, there was a guy on the “facebook” who blurted this phrase in trying to explain himself to either himself or everybody;
“i just do things,” and i knew exactly what he meant and told him so. he was unsure if he was “an artist,” a phrase to some that might be overwhelming or confining.
i find it to be both and i’m sure he’ll carry “i just do things,” forever inside.
hopefully, he’ll keep doing them.

i heard murmuring while setting up the shot.
the washer said (or so it seemed), “…but that guy, he’ll never get it.”
who were they talking about?
i looked around. i was alone…or thought i was, then heard the clipped voice of that lizard guy.
you know who i mean – the one that sounds like eduardo ciannelli and looks like omar sharif.
“that was me talking about YOU!” he chimed mockingly.
“i thought it was in my head,” was my weary reply.
i was so off-balance, “where are you?”
“oh…i’m around…and yes, it was in your head. i love dropping files into your hard drive. humans are so entertaining,” he marveled, then followed with, “…as well as utterly delicious if properly seasoned.”
i paused, allowing the horrifying image to recede from my mind before asking, “where are you? what are you doing here? aren’t you more about being on the other side of the bridge?”
(the bridge i was referring to is the marine parkway/gil hodges memorial bridge. it connects a smaller land-mass to a larger land-mass that is actually all the same land-mass called “long island.”)

where was i?
before this moment…fractiousness in an aging carcass with a hard-drive filled with glitches.
yup, that’s me…
the other side of the bridge and the lizard guy…yes.
he never materialized but stayed in my head long enough mock my clanky humanness, sure he never crossed the bridge and simply plunked that appliance-conversation in my head like he said he did.
an easy mark, that’s me, but to a grifting lizard, humanity is nothing more than a steady diet of honey-coated chumps ripe for the picking.
i’d never make the cut, thank goodness (a phrase i’m googling right now, and yes, it’s what i thought it was…), because of our now-lengthy relationship that didn’t end up with me being a meal and a suit – something that, if you’re new or just a casual traveler here, could be explained at the link.
i’ll add the talking-appliance moment to our history and call him on it in our next meeting.

some of you might know the cartoon that is my life;

in the 1980’s, because of my direction (or lack of it), i was granted two books in two years from two women who were handing me my walking papers.
i’m sure they meant well.
the books were particularly painful in a comedy-manic way.
whatever.
i put the books in my cedar chest, the one that held cherished moments, good and bad, and moved on with my life, but would recall those feelings again when cancer came to visit.
me and my past are cordial, with occasional hellos and acknowledgments, whispers and utterances and even an occasional humbling, red-faced moment of utter shame and embarrassment, but it doesn’t get time-enough to gain root back into my soul.
sense-memory can mug you, believe you me. (i already googled “believe you me” years ago)
every day, my history sails off into the void and at best, might visit in an occasional dream.

then, when the social networking happened, it got even more “interesting,” but more about that later.

last week, while laying in a wide grasspatch that separates runways 24 and 6 with 1 and 19, (each runway has two distinct numbers at either end of them distinguishing the direction a plane would be taking off or landing on or from) out in floyd bennett field, i took the above photo.
i won’t say i was considering “the facebook” when i took it, but i was thinking about those books and the women who gave them to me.
i ought to explain how i got them before moving forward.
maybe i should have started with that from the beginning of this electroscreed, but that might compromise my inability to do things in an orderly fashion.
i’m overwhelmed by structure.
or, i am underwhemed by it.
the jury’s out on that one.
imagine that.
somewhere in 1981, a beautiful young woman gave me this book;

maybe it was because…as an artist, i did not art.
as a writer, i did not write.
learn to type. ummm…yeah, ok.
i had a semester of it in high school.
the ancient underwood in my apartment would make short work of that notion, what with the dried-up red and black ribbon that would not offer a letter-image when struck by any key, nor would attempt to find a replacement ribbon to change this situation.

oh well. might as well go drinking.
i was most adept at that.

——————————————–
while i’m at this keyboard and in order to put a “timestamp” of sorts on this moment, let me say this;
much of the republican party is rife with stupidity and hate. this means much hasn’t changed since obama won the WHITE house. the scared, white republicans still take this as a personal affront.
“take back america” indeed.
hmmm, what else?
after 40 years and under the threat of shutdown, american auto makers finally build cars almost as good as the japanese, koreans, germans, swedes…and uhh, gee – who else makes cars?
but we can say one thing with absolute certainty – our cars were better than the YUGO –

american auto makers were able to do this in three years after decades of substandard, planned-obsolescent crap.
brilliant!
following the curve on this braindense business behavior (the 30-year “duhh”), when do you suppose financial institutions might smell the coffee?
you see, it’s all the same.
it’s business as usual until it’s unusual, then there’s the battle back to sanity. (there’s little sense in banks who steal your money, but they do that, don’t they?)
it’s maintenance as opposed to cure.
it’s thievery until moral upheaval.
it’s “moral hazard” until morally hazardous and so on…
i drift into these waters and when i do, i become sad and weary, gluing my eyes to all-news TV and NPR radio, forcing me out the door…

…back to where i could communicate with my dearest friend.
and it would be songs i’d sing and words that i’d write while hiking with maxx and camera.
from out here, i voice-mailed my rendition of a “the way you look tonight, (written by jerome kern) ” from “swing time,” one of the best astaire and rogers films.
a day later, i got a text message telling me that i have an absolutely horrible singing voice but she loved the song.
i thank her for making me brave enough to sing.
i couldn’t begin to list the other things i thank her for.

…but i digress, or wish i could.
i need to talk about those books i mentioned.
the other book….

…and the people who handed them to me.

the typing book and the person who gave it to me reappeared some time ago. when she mentioned the book, a wave of embarrassment settled in for a moment, followed by an admission that it was suggested by a member of her family and she still cringes at the thought of it.
we made amends and are close friends.

the “computing in DOS” book and the person connected to it recently reappeared after 20-plus years.
thanks, facebook. (please use sarcasm here)
after explaining how she dreamed i was dead, but managed to have a conversation with me anyway about how i affected her lifepath (she became an artist and maybe it was my fault or something), i was presented with another book – this time, “The Seven Habits of Highly Effective People,” by Stephen Covey. i wondered how and why this was happening.
in an attempt to be…kind, i explained that we don’t really know one another after so many years and i have a little much on my plate to comment on this book suggestion.
it was better than saying, “WHAT? ARE YOU KIDDING?”
in the end, my entry into her dreams, she explained, was probably the result of too much northeast winter night.
i ventured to say that this was the first time i was considered the result of an atmospheric condition.
i said that maybe an “excuse me for barging into your life,” might be in order, but owing to this book debacle, nothing might be better.
sometimes nothing is everything you need.