writing has become a foreign matter.
the events in new york city have crystallized since going there a couple of weeks ago.
the 99% have made it clear that there isn’t a political co-opting available for either party.
someone’s gotta do a perp-walk from wall and broad streets and that’s just for starters.
i love that.
the stooges in the media did everything they could to keep a blind eye on it while the corporate teabags and the shivering-in-their-boots government bureaucrats (leased and owned) ramp-up the discredit machine as events no doubt are underway to subvert it from under and within.
regardless of your point of view, there’s a whole lot of something going on.
__________________________________________
which reminds me – i haven’t said this in a while;

END THESE CRIMINALLY-LED WARS AND BRING THE TROOPS HOME AND STOP TREATING THEM AND THE AMERICAN PEOPLE LIKE COMPLICIT, WILLING FOOLS IN THIS SHAM.
NATION-BUILD HERE AND STOP COPPING DOPE IN AFGHANISTAN. WHILE WE’RE AT IT,”GET THE FUQ OUT OF IRAQ” – WE HAD NO BUSINESS GOING THERE TO BEGIN WITH – IT WAS A BIG FAT LIE.

i went to floyd bennett field and/or fort tilden a few times over the past weeks. the photos from the previous post were shot a lost rainy-day ago (there were a few of these days), but can’t remember which and now as i write, days have come and gone (along with visits) and more things occurred on and around wall street confirming the need to go to the parking lot in search of that guy who sounds like eduardo ciannelli (and looks like omar sharif).

when i photographed the pic below, confrontation was on my mind…yeah, maybe a little paranoid…

…an army of buds leaning toward a missing sun.
between you and me, we might be those marching-in-place little guys who are “as lucky to be as you and me.”
that might be a good name for a song performed by the new christy minstrels. 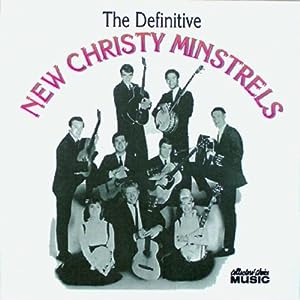 i grew up with these fresh-faced young americans on my parent’s first color television.
maybe it was an RCA.
i could have been a zenith.
members of this troupe grew up to become acts like “the association,” who became famous with a song entitled “along comes mary,” and barry mcguire, who wrote eve of destruction, a 45-rpm record i played way too much at age 12…
where was i?
oh yeah, all over the place, but specifically gateway national park, though it’s probably a worn irritant to some people who visit here.
sorry, it’s my “good place.”
we all need one.
these past weeks, each time i went there, i hoped to photograph a monarch butterfly. i do it every year.
had i seen one and photographed it, i might have said it was the same one from last year, or if butterflies aren’t supposed to travel north twice in their lifetime, i would say it was from the same family of last year’s;
that there was a post-it note in the DNA of this year’s monarch butterfly informing me that i had rescued its uncle (or aunt) from the ocean and nursed back to flight.
…but i would not write this story.
i haven’t taken the photo because i never saw the monarch.

every day, i die of regret a millisecond at a time.
if it’s not for one thing, it’s another.
1 – “i said THAT?”
2 – “what was i thinking?”
3 – “SHIT”
4 – “uhhh…”
given the moment, decisions made decades ago feel like a noogie to the temple.
sense-memory with self-loathing, this low-level headache stems from the heart and fills the mind and vice versa.

when i went to Occupy Wall Street for the first time, i walked around the park area, then headed out to places where i worked in my youth.
i walked east on wall street to a building i worked that housed a gold and silver commodities exchange.
it gave me the shivers.
i headed south and west till i was by the old US customs house at the end of broadway.
once upon a time, i worked for an engineering company across the street.
it could have happened happened on another planet.
from there i headed west and north to where i worked for a shipping company, then headed east again toward liberty park when i noticed the american stock exchange, or what used to be the american stock exchange.
now it’s something else. whatever.
i remembered that i had gotten a job there.
i was about twenty.
i was walking into offices and filling out job applications. i got a phone call from someone in their personnel department who asked me to come down for an interview, which i did.
i was going to start as a runner, one of those people who wears a blue polyester jacket with big pockets for pads and pens (at least back then) – i have no idea if the job still exists, but i’m sure now you need to have a degree of some sort for the gig.
the jowly-faced irishman who interviewed me described the job and told me about my future if i stuck and worked my way up. it sounded promising.
it sounded fantastic.
plus, there was a mccann’s bar just a block away.
that monday came when i would start this new job.
i never budged from my park slope apartment.
maybe i drank myself into submission the night before.
i don’t remember, but i never had a regret about it.

no part of me died when i recalled this story.
not a micro-millisecond of me.

for no reason i can think of, i thought about “playing, playing to win, and just winning.”
of course, this makes me refer back to enron and my first meeting with that grifting lizard guy – you know, the one who sounds like eduardo ciannelli and looks like omar sharif – the one who handed me those extraordinary binoculars and showed me ken lay on that ship over four years ago.
what’s more fortuitous is that, as i recalled these things, rachel maddow brought up enron on her show, causing me to remark about it on the facebook.
the smartest guys in the room is a documentary about what happened. the ENTIRE FILM is at the link here or where the title is.
this film underscores and offers understanding about how we are being taken to the cleaners by arrogant, mean-spirited little men.
understanding enron might make you angry.
it might also make the sub-prime hustle the banks executed with brokerage houses and bought-ratings agencies horribly real to you…
collusion. what a great word. it’s a cozy-evil word, ain’t it?

“playing” is fun.
“playing to win,” is what drives some people to let competitiveness overwhelm fairness. fun with harsh reservations w/ options leaning toward brutality.
“just winning,” takes everything out of the game. there is no game. there is no win. there’s just winning.
that’s where america is now; the tilted table, the loaded dice. a twilight zone episode.

what’s it like if a small investor realizes he has better odds in las vegas.
there, you know the house ALWAYS WINS, but at least you know the odds are mathematically stacked against you the same way all the time.
such is not true of the world at wall and broad.
betting on a stock could be the same thing as betting on a horse or betting on a wrestling match.
i’d imagine that’s the lesson in the financial meltdown of 2008 that is continuing even now.
iceland’s collapse in 2008 never gets airplay and there’s no news from that part of the world on any of the major networks. that’s because it’s a microcosm of the world’s current financial madness.
it was an insane hustle orchestrated by a few people who were actually set up by associates of that guy who sounds like eduardo ciannelli and looks like omar sharif.
they told a handful of fisherman that they could buy the world and they almost did.

i sat on the battlements that overlooks my safe place, my anteroom to the big casino where i commune with friends here and gone, now and then or yesterday, today and tomorrow, where i zoom to the eighth-electro-plasma-ocean of the ninth dimension…

…and whisper “i love you,” to the grayscale moment of our dearest dreams.

…when i took the above picture, i was standing atop battery harris east, looking north (or was it west?) – maybe it was northwest.
a storm was headed this way.