the epilogue, not that there was ever a story

the halloween weekend approaches.
this has nothing to do with the photo of the poor, unlucky barn owl pictured above.
if i were going with that halloween angle, what with these parties and such going on at goodbye blue monday this weekend, i’d go with something a bit festive like this; 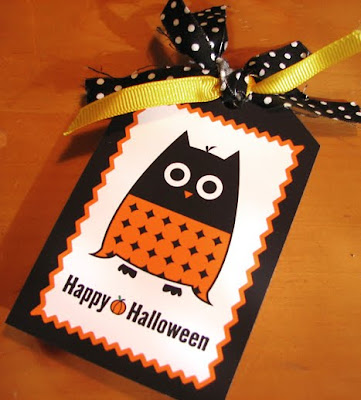 but i’ve been furnishing information and imagery to that end and will continue to do so for the next few days, so i’ll go back to the original image because it has something to do with my lame attempt at bringing to a close things that were utmost on my mind during this drive, the seventhousandtwohundredandsixtymiles, because perhaps, there was something i needed to say, though in my scatterbrainedness i might never get around to saying what it was.

so yes, i give you the dead owl again in order to retrace my steps.
when i first noticed it, i couldn’t make heads or tails of it. this no doubt has to do with my urban reference file. my eyes said, “ok…great color, i think this used to fly…,” then was able to identify the talons, which told me that whatever it was, it was a bad-ass when it went shopping. it was splayed on the ground with its head hidden from me, so this took a few seconds.
walking around it and discovering it was an owl…well, my heart sank.
i know it’s not that big a deal or it shouldn’t be, but it was.
it just was.
i don’t know how many dead skunks, coons, coyotes and deer i passed on this trip.
road kill. yeah, i get it.
but looking at this cut me to the quick.
in my mind this owl was almost a pet already and it was dead.
this irrational sadness found its way into my journey.
i mused…”it shares the same browns, whites and blacks with buddy and maxx. it should be living in the backyard of the store. it shouldn’t be lying here.”
i thought about the timing.
the scenario of the night hunt; the owl drawing a bead on a meal, silently and swiftly swooping down, only to be broadsided by a vehicle traveling around 70 miles an hour. taken out in mid-“ya-hooooo!”
probably never made it past the “ya-”
there’s hardly any traffic on this highway during the day…..how does such a rendezvous happen it the dead of night?
what are the odds?
“aye, there’s the rub….,” is this where i quote the bard. again? i think i borrowed the same line here two years ago.
the moment had to do with here and gone, luck and out of luck, lights on, lights out – in a terminal sense, but i’m not saying that death is the point.
well, not totally at least.
standing before the owl, came the question;
is death the end of punctuation or is it the big exclamation point?
it was an idle thought, what you ask yourself on the side of a highway after discovering a barn owl who ran out of luck not too long ago.
it made me assess what i meant when i described the brilliantness of my sainted-irish mother (and everyone else who signs or is signed-out of here) and the magnificence of the flight from this platform (in this barn-owl’s case, US-Route 2) and the silent charge emitted by the last spark; the fizzle and goink, the shudder and release, the breath and sigh that sends us off and away at speeds that are indescribable to the -enth power.

in doing the math required to put the owl and the auto on such a brilliantly-timed rendezvous, i laughed out loud.
my math….(i failed repeatedly through high-school and into college)….. was flawless. lucky, huh?

time and again, i saw deer graze at the highway’s edge.
once, i met a “deer in the headlights,” standing in the centerline of a two-lane highway.
fortunately we didn’t have an accident.
lucky.
huh?