bingo evermore, all that matters is matter

Posted on February 21, 2010 by stephen trimboli

tiny specks of bingo gazingo zinged past me in the dream i had. he was speeding at molecularly brilliant speed toward the eighth electro-plasma-ocean of the ninth dimension, i’m was almost sure of it.
i’m not well-versed enough landmark-wise to say positively, between the speed you travel out there and the fact this WAS a dream, i’m just figuring that might as well be the destination.
i was zooming around the universe in a ford granada that looked sorta like this except it was white with a powder-blue vinyl top; i remember driving one of these in the early 1980’s.
it was a girl friend’s girlfriend’s car. i think her name was andrea.
i wonder what became of her?
in this dream, i had trouble starting the granada and had to get out of the car and open the hood to see what the problem was.
in this dream, you can walk anywhere, even in the middle of the universe.
it looked like the alternator belt was frayed.
it seemed like diagnosing the problem was good enough because i closed the hood, walked in the universe, got back in the car and it started up. dreams work mechanically so well some times. i may have had this dream because i knew that bingo died but just found out he was struck by an automobile.
what a way to go.
i say that because its unfortunateness (it might be a word) may be considered a better send-off than the dark loneliness in a home for the aged and forgotten. i think he was almost ninety years old and he was on his way to perform at the bowery poetry club, i’m told.
i didn’t equate his misfortune and my driving.
in this dream i knew enough to say out loud, “i don’t thing doctor thomas matthew could help this guy.”
besides, he was streaking by at the speed of light.
he was going to “be”.
to still “be” is big in a world that insists on making so many of us into ghosts that smell of pee and vitamins.
i bring this up because we were blessed with his presence just a few weeks earlier at our “slobbersville” holiday extravaganza put together by our friend julie and ching chong song, the wowz and a whole bunch of our coffeehouse “family.”
after his set on our stage, he would have a car service waiting out front for him. before he left, however, i would purchase his CD and not the “record company” one, but one of own. you can tell, because it looks like this;

in my dream, i think he waved as he passed; a toothless, joyful grin, not unlike the photo that began this scrawl.
there’s a slo-mo button somewhere in my brain that allows me to see things in such detail, or maybe i just sped up to match his speed. who knows?
i learned that this is possible from countless viewings of “the wizard of oz”

in the pic above, dorothy’s house and the “soon-to-be-wicked witch of the east” have synched in time and space at an extraordinary centrifugal speed.
it looks as though they’re standing still.
aren’t kansas tornadoes amazing?
if i knew where i was going with this, i might segue’ using “but i digress” but i stand before a fallow field of ideas, unable or no longer needing to go back from where i came. maybe i need to stay in the land of oz a while longer. maybe i might need to try to explain the dichotomy of writing and traveling the youtube links concerning that film and the soundtrack and other visual stimuli provided by TCM’s screening of “2001, a space odyssey”….
all i needed was keir dullea, after traveling through the monolith and landing in that “room,” to end up wearing those ruby slippers, clicking them three times and turning into the “starchild,” a morphed ziggy stardust-character playing riffs from interstellar overdrive….

today i would learn that kubrick wanted pink floyd to do some of the music to the film. ok. i’ll buy that. whatever…..
as turner classic movies salute the oscars again, time speeds forward….is it forward?…. and i’m wondering if my dearest friend is wandering in a dreamscape, somewhere between here and there.
“there” is as extraordinary a place as “here” and if you don’t think “here” is amazing, then “there’s” not going to make a difference to you, anyway.
as i walk places, most of the familiar, day-to-day-type parts of my “normal life,” i’m struck by musical chords of my relationship with this friend that has been confined to two solitary planes; two separate stages.
two planets, as it were.
i would walk from evergreen to myrtle and recall a conversation with her much in the way someone would recall a date, movie, meal – a moment – two people were together. i don’t dwell here too often, speaking of her because to explain the machinery of this – relationship – might require backgrounds to backgrounds and explanations requiring explanations.
it would need for me to make sense of something that has had me reeling for months now.
my relationship with this friend has usurped “magictime” with the grifting lizards from mars and that lizard-guy who sounds like eduardo ciannelli and looks like omar sharif.
i’ve been branded “one-dimensional and boring” by him and our conversations have been reduced to brief acknowledgments and snide remarks ended by one or both of us saying something like “i knew you were gonna say that,” because they read me like a book and i know that they know and so on….
i’ve become so enmeshed in someone’s life that i want to believe it matters.
this is something i’ve come to believe many years ago; that there’s a fabric woven by our existence that clings to certain others of us, sometimes by fortune, sometimes our forces around us and other times by all and any sorts of luck or math.
i’ve mentioned this before and it’s become necessary for me to say it again, particularly because of this friend and how much she’s come to “matter,” in every sense of the word.
matter is the smallest and biggest word in the universe.
all that matters is everything, everything we think matters might not be anything.

in the pic above the description was “dark matter”
to this i say, “yeah, until you get up close.”

i ventured, of course, to where everything matters to me, maxx, and (between you and me), my dearest friend.
i’ve called out to her and even once got a “loud and clear” text reply from her after she went swimming in the eternity pool for a few hours.
at times, i’ve felt my own “matters” separate after extended moments of my own vocal howlings to the big studio located on deck two of the grand casino.
this day, instead of wailing like a banshee out over the ocean, i held conference with “an intimate audience.”
after keying in here;

i centered in on here….

and began to speak quietly.
someone told me that we only need a “good place” to put “put it out there,” and that’s what i did, all the while the ocean lapped and hished almost-quietly, ten feet from me.
maxx was good enough to be quiet for a few minutes.
i asked for loads of things from the gallery before me – patience, acceptance, and moments together in a reverie or nap. nothing grand.
after a few minutes i rose and walked away, heading from the beach to the dunes and beyond.
the sky was being split into separate camps…

the words “a nod’s as good as a wink,” popped into my head. they were quickly followed by, “to a blind horse.”
i recalled being somewhere in teenland when this “faces” album came out with that title. i may have just graduated high school. i didn’t have any idea why this came to mind.
four wheels going in different directions is how i roll, sometimes. 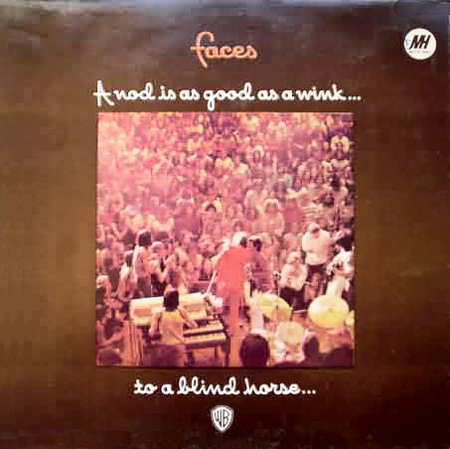 for a second i asked myself where the time went. i think it’s an obligated musing for anyone over fifty.
i am over fifty.
i don’t think i cared, which is not to say i don’t.
“reverie” has its moments but this wasn’t one of them. if i were to use reverie this day (and i would), i would wander in the world of what-if and cloud myself with fanciful notions of sitting in the exact same space at the exact same time as my dearest friend, even for a moment.
and for that moment, i’ll think “that’s all that matters,” and begin a circular story with myself concerning moments, the universe and all the “matter”s between two people who have spent almost a year trying to connect.

the sky would darken dramatically, making me feel the cold all the more…i don’t know why i equated this with hope, but i did……

and i would wish……i would wander off in a “reverie”…that for a moment or two, we would be “the couple” in the snow in the forefront of the picture below…

…and we would marvel at the mad joy maxx has in this element and we’d look at each other and say something like, “this is fucking marvelous, this moment, right now, ya know?”

we are both prone to high rates of expletives at times.
i could imagine either of us saying this.
just because this is a reverie it doesn’t have to be all harps and violins and shit.
earlier this week, i read my “christmas story” to her on the phone (from our “adventures in profanity” night at GBM) and she howled with delight.

it is one of my happiest moments on earth, ever.

i keep my gmail account open awaiting news.
it’s my link to the other place, where my dearest friend is.
i live on tenterhooks, waiting to hear, to get “a word.”

there are more solitary reveries i experience here where nuclear “matter” sat in wait half a century ago. like the circle and the square in the photo above, we may be destined to be where we are until we are everywhere and then it will matter no more or matter all the more.
more or less, not that it matters.

One Response to bingo evermore, all that matters is matter