mind, memory, the glossary and the slight of paw..

Posted on January 9, 2010 by stephen trimboli

FROM THE GLOSSARY OF MIND AND MEMORY

25 – Recall task – A memory task in which one must retrieve information in its entirety from long-term memory.
there’s a smell of burning inside my head when i activate my recall task hard-drive switch, leading me to believe that when it happens, these memories become pillars of granite that line the road i travel when i dream.
there, i used it in a sentence.
i want to make a point of remembering to use the glossary, beings that it was the dream i was floating in upon waking that spurred this action today.
in this dream was an old love of mine, the one who was with me when john lennon bought the farm – this is a timestamp, nothing more.
this dream occurred in “the first persons” where neither of us are visible in the dream but we have a running dialogue as we deal with occurrences that are happening before us.
it reminded me of the film entitled “lady in the lake,” a philip marlowe detective thriller from the ’40’s. the guy in it is the “bewitched” actress’s dad.

the trailer is below. it’s a hoot.

as dreams go, i’m not good at recalling much, save the “impression” it left, which was a “note to self,”-type message –
“grasp more if these dream-whisps that play in your head. you’re missing a great show.”
i doubt if my glossary posts will impact this, but it did give me a reason to sit here and go on about it.
today, with the mega-grey power-clouded sky and the potential for snow showers, i piled maxx into my car and drove out to floyd bennett field.
when the world around me mimics the TCM film-light that warms my room, i feel good.
maybe i’m not happy – don’t get me wrong, i’m happy to be – but greyness is a good.
a warmth.
a friendliness.
a noir’ signature that was carved into my heart at birth.

i drove down runway 24 toward the bay – i’ll remind you with a photo;

except i’d be headed toward the camera, not the same direction of the shot.
…..now, just paint the sky with waves of gray, accented with big, blusteriness and edge the air with blades….
maybe a little like this… 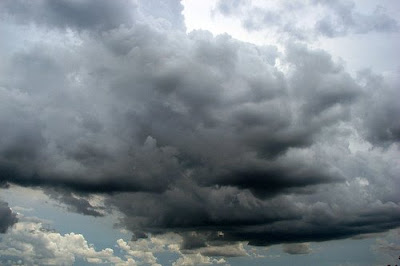 it was plenty cold. it was nasty and windy.
i had no fear of maxx running into trouble by way of dogs or people.
by the way, i was without my camera and felt awkward without it.
maxx was the happiest dog in the world. we walked to the bay’s edge.
there may have been sand on the beach, but it was underneath a bed of rounded stones and plastic everything.
and of course, i reached for the camera that wasn’t there so i could document it.
there’s a world of plastic floating in the pacific ocean twice the size of texas, but in fact, it’s everywhere.
the plastic is winning. the garbage is winning. the greedhounds are winning. the douchebags are winning……
and the grifting lizards are dining, but that’s OK.
i had taken photos of the sand at riis park a few months ago.
in my search for seaglass it had become apparent that there plastic bottlecaps and bic lighters everywhere i walked.
these pics were errant sandpatches forty or fifty yards from shore.

they say what’s hitting the beaches on hawaii and other pacific beaches make this look pristine….

note the little, brightly-colored pieces.
this means that your grandchildren will be going to very colorful beaches when they grow up.
oh boy.

the guy who discovered the floating island of garbage says that it’s near impossible to clean up because it’s growing at a rate faster than is humanly possible to clear.
that means they can’t begin to clean it until use of plastic ceases. period.
i’ve never been too much of a fan of plastic and will pare down the amount of plastic-containered products we sell. that’ll be my bit to live a better and kinder life and not hate myself the next time this guy’s on the
colbert report.